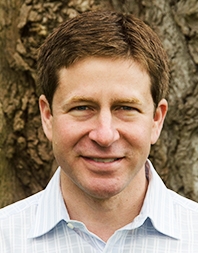 Dr. Cooper is double board certified by both the American Board of Plastic Surgery (ABPS) and the American Board of Surgery (ABS).  He is also an active member of the American Society of Plastic Surgeons (ASPS).  Over the course of his career, he has developed a love for aesthetic surgery of the face, breasts, and body.  He particularly enjoys facial rejuvenation, breast enhancement, and body contouring.  Additionally, he finds breast reconstruction for breast cancer patients to be very rewarding.   Dr. Cooper makes compassionate patient care central to his practice.  He finds that careful attention to detail and trusting relationships with his patients produce high patient satisfaction and excellent surgical outcomes.

Outside of his plastic surgical practice, Dr. Cooper enjoys sailing on the Puget Sound, skiing, playing golf, and enjoying time with his wife and two sons.

Dr. Cooper grew up in the Midwest, in Omaha, Nebraska.  As the son of a dedicated physician, Dr. Cooper observed the profoundly positive impact that a doctor could have on his patients and their families.   Additionally, while in high school, he had the unique opportunity to scrub in on surgical cases with some neurosurgeons and general surgeons in Omaha.  During these cases, he realized his love for anatomy and the operating room.  Thus, from a fairly young age, he decided that he would embark on a career in medicine.

After completing his general surgery residency, and becoming board certified in general surgery, he attended the highly esteemed and rigorous Indiana University School of Medicine’s plastic and reconstructive surgery residency program.  While there he was exposed to a multitude of aesthetic and reconstructive surgery cases, being taught by some of the nation’s leaders in the academic field.

After completing his plastic surgery training, Dr. Cooper was recruited back to the Pacific Northwest where he has built a plastic surgery practice centered upon one goal:  providing the best care possible to each individual patient.  His surgical practice is hinged upon compassionate, patient-centered care.

From my very first appointment I was impressed with the level of service I was given.